[ The Korea Herald – Send E-mail ]
Seoul stocks up for 2nd day on retail buying
By Yonhap
Published : Aug 16, 2017 - 16:01
Updated : Aug 16, 2017 - 16:49
South Korean stocks closed higher Wednesday, led by retail investors buying into the market, as tension between the United States and North Korea shows signs of easing. The Korean won fell against the US dollar.

The local stock market opened higher on positive economic data from the US and an easing of tension between Washington and Pyongyang. 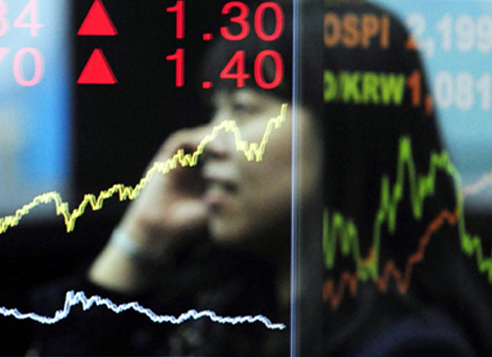 "The local stock market is expected to gain in coming sessions as US retail sales improved and North Korea-US tension shows signs of receding," said Seo Sang-young, a researcher at Kiwoom Securities Co.

The local currency closed at 1,141.50 won against the US dollar, down 1.8 won from the previous session's close.