Foreign investors boosted their holdings of local stocks by a net 579 billion won in July to 605.7 trillion won, according to the data by the Financial Supervisory Service.

For the first seven months of this year, offshore investors bought a net 11.4 trillion won worth of shares on the bourse.

At the end of last month, foreign investors' stock holdings accounted for 33.4 percent of all issued shares. 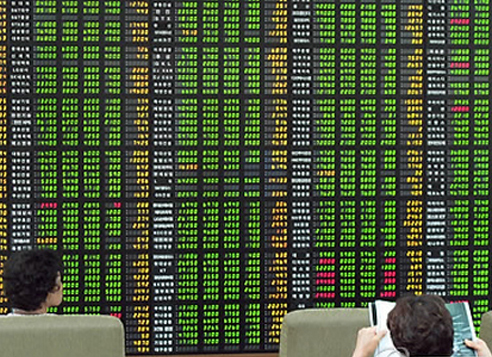 (Yonhap)
Investors from the United States, Luxembourg and Singapore raised their holdings in the local market in July, the data showed.

At the end of July, foreign investors' holdings of local debt stood at 106.5 trillion won, accounting for 6.4 percent of the bond market. (Yonhap)