[ The Korea Herald – Send E-mail ]
Korean stocks to undergo corrections for a few months: market experts
By Yonhap
Published : Aug 15, 2017 - 09:49
Updated : Aug 15, 2017 - 09:49
South Korean stocks are expected to experience some corrections over the next couple of months due to the geopolitical risks coming from North Korea and the recent bull market, local observers said Tuesday.

The prediction follows the war of words between Washington and Pyongyang over the latest UN sanctions and threats by the North to fire off missiles towards the US Pacific territory of Guam.

Observers also said that some sort of adjustment is inevitable following eight straight months of stock market gains that will nudge investors to lock in their gains by selling off shares. 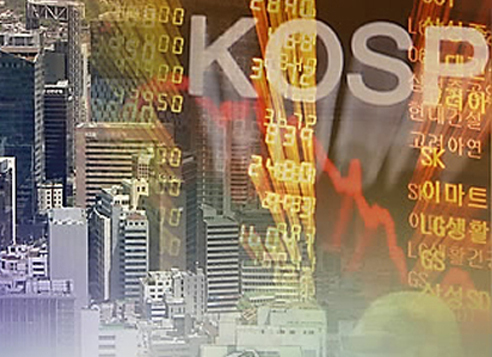 (Yonhap)
"The market has been jittery over the exchange of words by US President Donald Trump and North Korea's Kim Jong-un," said Shinyoung Asset Management CEO Huh Nam-kwon.

He said last week, Seoul's benchmark KOSPI dropped 5 percent with net selling by foreigners who contributed to the fall.

"Geopolitics is affecting the market since economically there is no real change," the executive said.

"The standoff with the North provided an excuse to offload shares," he said. "Even without the unfolding tensions surrounding the Korean Peninsula and exchange of threatening words, the market would have lost steam," the chief investment officer said.

Others said that corrections will last one or two months or upwards to several months depending on various circumstances, although many claimed that the latest correction will lead to a rebound down the road especially with undervalued shares.

The KOSPI may move back to the 2,300 point line, but since local stock prices are "undervalued," there may be a fresh injection of funds to buy shares, Shinyoung's Huh said.

"Information technology shares that took a beating have strong fundamentals that will allow them to rebound," another market watcher said.

He estimated that while it is difficult to predict when the bourse will rebound, a solid rise in numbers should occur next year. (Yonhap)