The police made the discovery early last month when one of the victims reported a drone floating near the open-air bath where people take a dip in the nude. 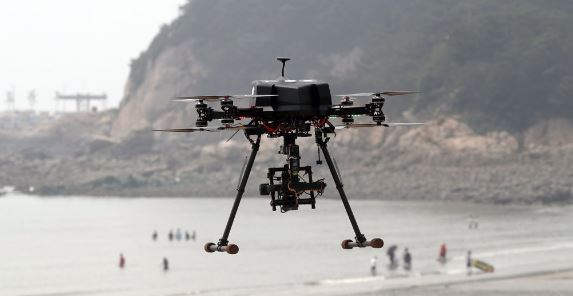 (Yonhap)
There have been 14 cases of “drone voyeur” filming reported to the police so far, all of which happened in 2017. The voyeur drones have been spotted infringing on private spaces, including a changing room and a pool villa.

As a drone can be operated from afar, the police have been largely unsuccessful in rounding up the culprits behind the voyeur drones reported.

Last Friday, residents of an apartment in Jeju Island reported two drones floating near their window, but the police failed to identify the person operating it. 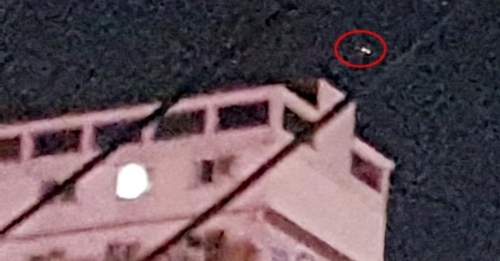 Residents of an apartment in Jeju Island reported two drones floating near their window on Aug.4.(Yonhap)
The police are using wireless radars and other devices to identify and locate drones used for illegitimate purposes.

“Whether for fun or out of pure curiosity, secret filming is a serious crime subject to up to five years in prison or a 10 million won ($8,800) fine,” the police said.