[ The Korea Herald – Send E-mail ]
Lending rate cap to be lowered to 24% from next January
By Catherine Chung
Published : Aug 6, 2017 - 13:17
Updated : Aug 6, 2017 - 13:17
South Korea's maximum interest rate that private lenders can charge customers will be lowered to 24 percent per annum from January 2018, the nation's financial regulator said Sunday.

In a statement, the Financial Services Commission said it will promulgate an ordinance in October to lower the maximum legal lending rate with the change to come into force after a three-month grade period. 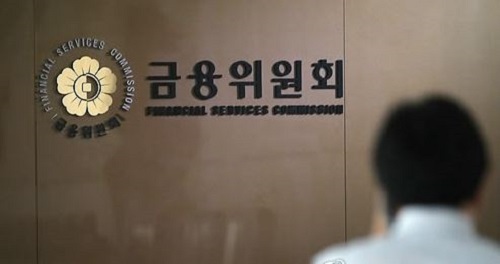 (Yonhap)
The move is aimed at helping ease interest rate burdens for desperate borrowers, according to the FSC.

Currently, private lenders can charge a maximum 27.9 percent interest rate per annum by law, but the ceiling is often disregarded.

FSC officials have said the regulator will launch a crackdown against private lenders caught breaking the law. (Yonhap)