According to the data by the Credit Finance Association, credit-card spending by individuals stood at 150 trillion won ($133.3 billion) for the April-June period, the highest quarterly spending tallied so far. 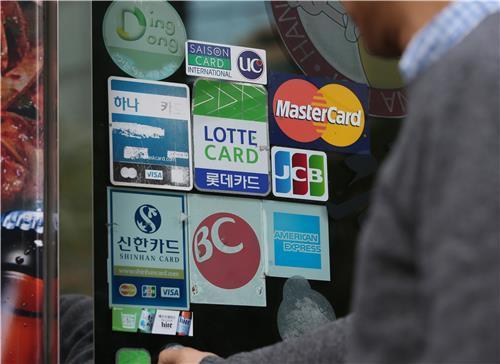 (Yonhap)
The use of credit cards increased in part to people taking trips that require paying for accommodations and food, the data showed. Its travel-related spending was high in May and June.

Sales of air conditioners and air purifiers increased due to hot weather and smog, it said.

Credit-card spending by corporate users, however, fell 18.1 percent on-year to 35.6 trillion won for the three-month period.