The city decided to expand the program in partnership with social enterprise Vitamin Angels, after a two-month pilot that ended in July.

Starting this month and for over the next two years, nutritional supplements worth 100 million won ($88,700) will be given to residents living in shanty towns in old districts such as Dongja-dong in Yongsan-gu and Changshin-dong in Jongno-gu. 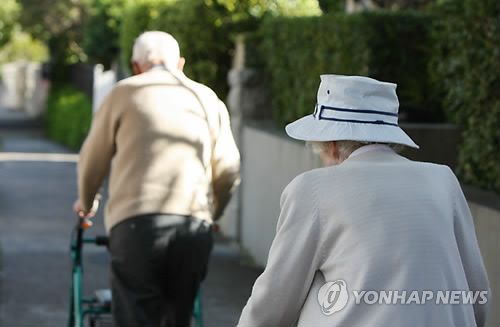 (Yonhap)
Among the 3,200 residents in those towns, priority will be given to some 700 elderly and patients suffering from chronic illnesses, officials said. Medication guides and health consultations with nurses will be also offered.

In addition, 300 homeless people staying around Seoul Station will also get free nutritional supplements at a nearby city-run soup kitchen. One tablet will be provided after each meal, the city said.