South Korea's stricter lending rules will likely affect about 400,000 potential mortgage borrowers in "speculative districts" in Seoul and the administrative capital of Sejong in the second half of the year, officials said Thursday. 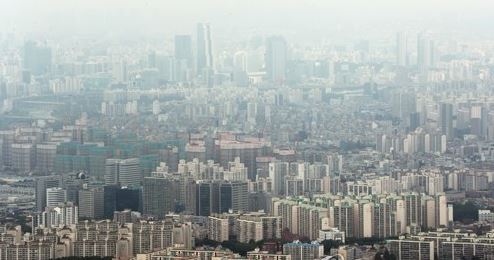 According to the data, the stricter lending rules are estimated to have an impact on nearly 81 percent of the lender's about 110,000 new mortgage borrowers in the latter half of the year.

The estimate is based on KB Kookmin Bank's share of the domestic mortgage market, which currently stands at approximately 22 percent.

In light of that, total mortgage lending is expected to drop by about 20 trillion won in the second half, almost offsetting the 23 trillion won increase in the first half.

The tighter lending regulation came into effect Thursday in the 11 speculative areas, affecting apartments worth 600 million won and higher.

The government has been striving to cool the overheated housing market, which is cited as the main culprit for soaring household debt. South Korea's household debt stood at 1,360 trillion won at end-March, up from 1,343 trillion won a quarter earlier. (Yonhap)