[ The Korea Herald – Send E-mail ]
Diplomatic race to unfold at forum over North Korea's ICBM
By Shin Hyon-hee
Published : Aug 2, 2017 - 17:44
Updated : Aug 2, 2017 - 17:44
The two Koreas are poised to engage in a diplomatic race at a security forum in Manila this week, with the US and Japan hardening their lines over the North’s intercontinental ballistic missile test and China and Russia seeking to downplay its impact.

The Association of Southeast Asian Nations Regional Forum, slated for Monday in the Philippine capital, will bring together the US, China, Russia, Japan and other major powers in addition to the 10-nation Southeast Asian coalition.

The region’s largest security conference is the only multinational event participated in by North Korea. North Korean Foreign Minister Ri Yong-ho has confirmed his attendance to the host, but this year’s delegation is expected to be smaller than before, a diplomatic source said. 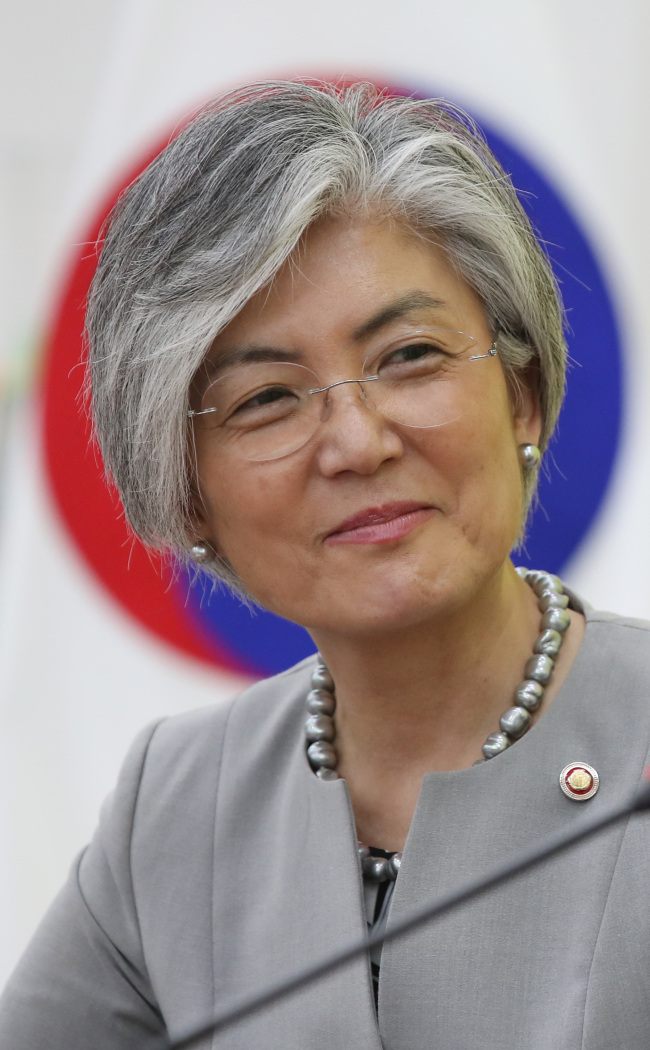 At a parliamentary questioning last month, Kang said she is seeking to “make the most of” the ARF as a chance to meet with her North Korean counterpart. With the souring mood over the ICBM test, however, cordial conversation is unlikely to take place, officials said.

She will also hold bilateral meetings with some 15 of her counterparts on the sidelines of the ministerial forum, including those from the US, China and Japan, an official at the ministry here told reporters Wednesday. There will also be trilateral talks between South Korea, the US and Japan.

Ri made his own debut at last year’s edition in Laos, reiterating Pyongyang’s claim that its weapons program is to defend against the US’ threats and hostile policy.

For Kang, another primary task would be to maintain the vigor of and rally other countries behind President Moon Jae-in’s Berlin peace initiative intended to pursue pressure and dialogue in tandem. In the wake of the ICBM launch, calls have been growing at home and from overseas for a sweeping overhaul in the approach toward a more sanctions-oriented one, but the Moon administration remains unwavering in its resolve to push ahead as planned. 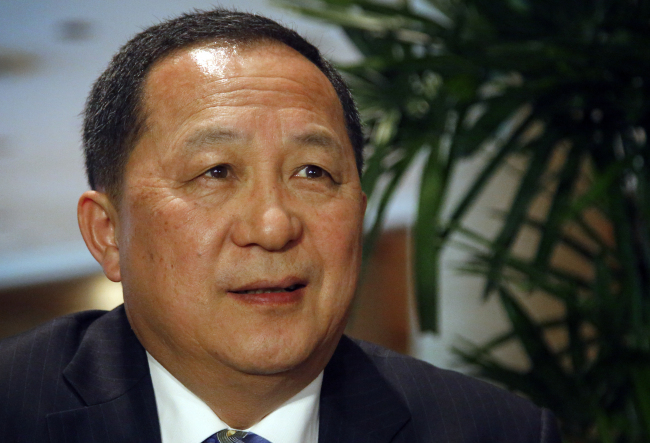 Ri Yong-ho (Yonhap)
The 27 member countries will release a chairman’s statement at the close of the meeting, which will address security issues ranging from the situation on the Korean Peninsula to territorial feuds in the East and South China seas.

At stake is whether the document will identify the missile fired by the North on Friday as an ICBM, as well as the level of criticism. Each year, participants engage in heated discussions on the language, often resulting in a dayslong delay of the text’s unveiling.

China and Russia are likely to resist robust denunciation in the statement and emphasize dialogue and restraint instead. When Pyongyang first tested its ICBM on July 4, the UN Security Council failed to issue a press statement condemning the provocation after Moscow rejected the ICBM identification.

Seoul, for its part, is seeking to include support for the Berlin initiative in the text, officials said.

“We’re looking to elevate and strengthen the relationship with ASEAN as part of our new government’s drive to diversify diplomacy,” a Foreign Ministry official told reporters on customary condition of anonymity.

“Our stance on the missile launch and how to stop such provocations is much the same as that of ASEAN members and other partners. We’re working to reflect the president’s speech on the nuclear program in the statement as well.”