Lotte's duty-free store in Jakarta International Airport closed Monday after its contract expired, the company said. Opened in January 2012, it was the firm's first overseas store. The closure comes at a time when local duty-free stores are struggling to cope with the diplomatic row between Seoul and Beijing that have impacted sales.

"We took part in the tender after our contract expired, but a local company won the bid," a Lotte official said. "We will focus on our other foreign stores, including the one in downtown Jakarta, and continue to push for overseas expansion." 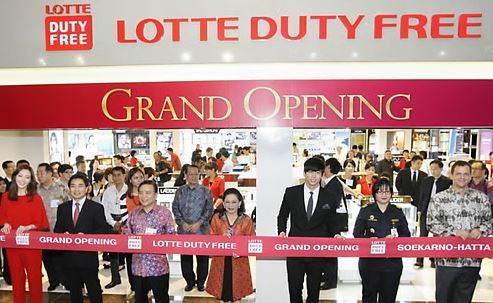 South Korean duty-free operators, meanwhile, are taking the brunt of a steep drop in the number of tourists after Beijing banned the country's travel agencies from selling Korea-bound package tours beginning mid-March in apparent retaliation over the deployment of a US missile defense system here.