The composite consumer sentiment index for July came to 111.2, up from 111.1 a month earlier, according to the survey from the Bank of Korea. The July figure marked the highest since January 2011 when the index stood at 111.4.

Korea's exports have been on a steady rise since November led by an upturn in oil prices and recovering global trade.

The survey was conducted before the National Assembly approved an 11.3 trillion won ($10.1 billion) extra budget to create more jobs and boost consumption. 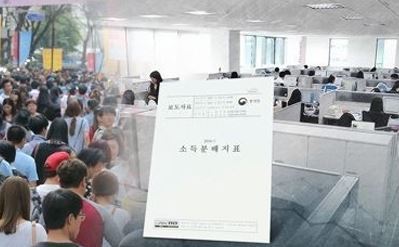 (Yonhap)
The BOK said a separate index gauging the people's sentiments toward the current economic conditions came to 96, the highest since November 2010 when the index stood at 98.

However, an index measuring the public's feelings toward economic conditions in the next six months fell to 109 in July from 112 in June.

The latest monthly index is based on a survey of 2,025 households throughout the country from July 11 to 18. (Yonhap)