[ The Korea Herald – Send E-mail ]
Korea vows no concessions in farm sector in talks with US to amend FTA
By Paige Shin
Published : Jul 20, 2017 - 10:10
Updated : Jul 20, 2017 - 10:34
South Korea's new agriculture minister has said the Seoul government will not make concessions in the farm sector in talks with the United States to amend a bilateral free trade agreement.

The US has notified South Korea of plans to begin talks on revising the 5-year-old free trade deal, months after US President Donald said he would either renegotiate or terminate the deal. No date has been set for the talks. 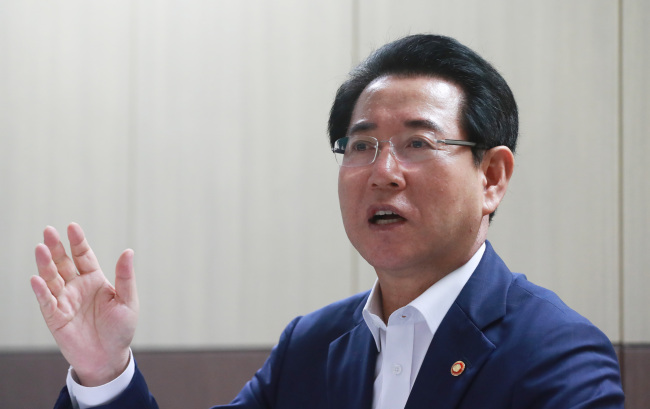 New Agriculture Minister Kim Yung-rok speaks during an interview with Yonhap News Agency on July 18, 2017. (Yonhap)
The bilateral FTA that went into effect in March 2012, intended to remove or lower trade barriers to markets that can fuel trade and generate more business opportunities. Trump has blamed free trade deals, including the one with South Korea, for killing U.S. jobs.

Kim said South Korea's farm industry has been under severe strain since the free trade pact with the US came into force.

"It would not be logical for the US to put pressure (on South Korea) to further open up the farm sector particularly since the local farm industry has already been badly damaged by US fruits and others," Kim said.

If the US asks South Korea to revise terms of the deal in the farm sector, Kim said his government would firmly push back on such a request.

Rice was excluded from the free trade deal with the US.

Kim said rice should not be put on the negotiating table in any revision, pointing out the staple grain is an "emotional issue" for South Koreans. 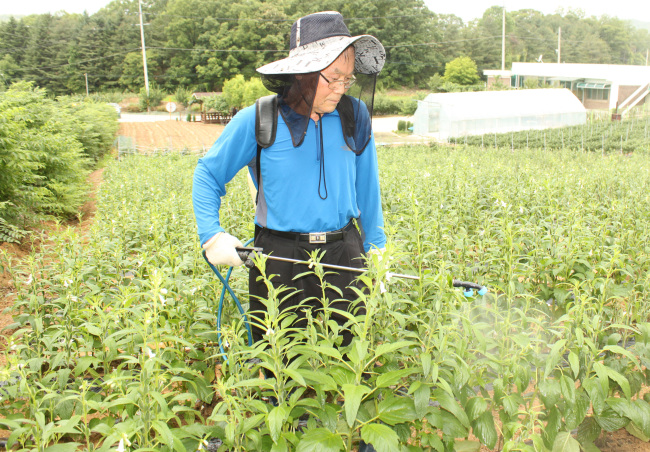 The nation's per capita rice consumption is forecast to hit a new low of 59.6 kilograms this year, according to a report by the Korea Rural Economic Institute.

It would mark the first time for the country's per capita rice consumption to fall below the 60-kg mark. This would be equivalent to 40 percent of the 136.4 kg all-time high reached in 1970.

The new minister said he is "willing" to reduce rice imports for cooking but admitted the difficulty of doing so because it is a trade issue.

Kim started his government career in 1977 and worked in the South Jeolla provincial government for more than two decades.

He entered politics in 2008 as he was elected as an independent lawmaker in an electoral district in the southwestern regions of Wando, Haenam and Jindo. Four years later, he again won a parliamentary seat in the same district.

Kim has served as vice floor leader and spokesperson of the Democratic Party since he became a member in 2008. (Yonhap)