Economically inactive people refer to those who are unemployed and not looking for jobs. They include those who have intentionally given up seeking jobs or are engaged in educational pursuits. 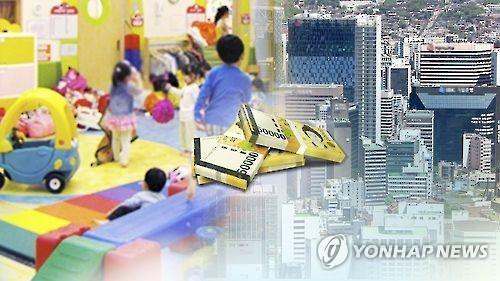 (Yonhap)
According to the data provided by Statistics Korea, the number of economically inactive people aged over 15 stood at 15.83 million last month.

Of the total, about 1.24 million people, or 7.8 percent, were categorized as people not looking for work because they have to take care of children.

It marked the lowest rate since the government began tallying such data in June 1999 and represents a sharp drop from 12 percent or 13 percent reported in the early 2000s.

With the nation's record-low birthrate persisting, the ratio fell to the 8 percent level in 2015.

Meanwhile, the ratio of economically inactive senior citizens among those who are not seeking jobs rose to a record high of 13.9 percent last month, the data showed. (Yonhap)