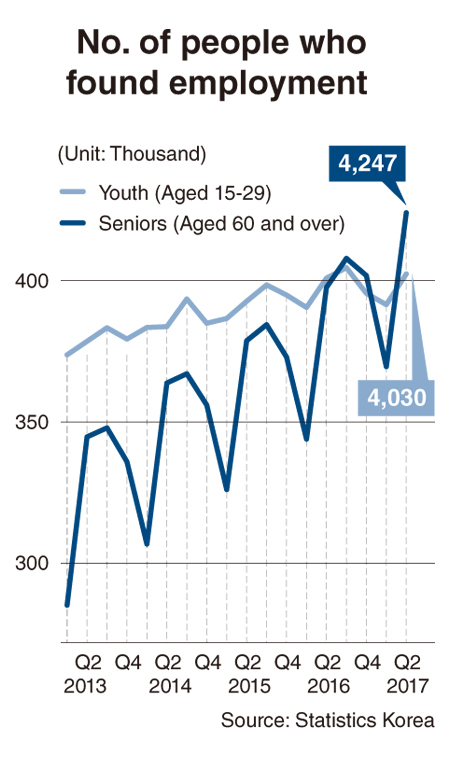 More seniors found employment youths in the second quarter of this year, representing the shifting demographics in the country, data showed Friday.

Statistics Korea said that of those who were in employment between April and June, 4.25 million were aged 60 and over, compared to 4.03 million aged 15-29.

The number for over-60s is the highest on record, and takes up 15.9 percent of all employed people.

Commenting that higher employment of the elderly cannot be perceived all positive, Statistics Korea official said that the phenomenon is a result of low birthrate and the tight job market for the younger generation, while a large portion of the jobs for the elderly are menial work.