Meanwhile, the Bank of Korea decided to hold its policy rate steady at an all-time low of 1.25 percent for the 13th consecutive month on weak domestic consumption readings and continuing external uncertainties. 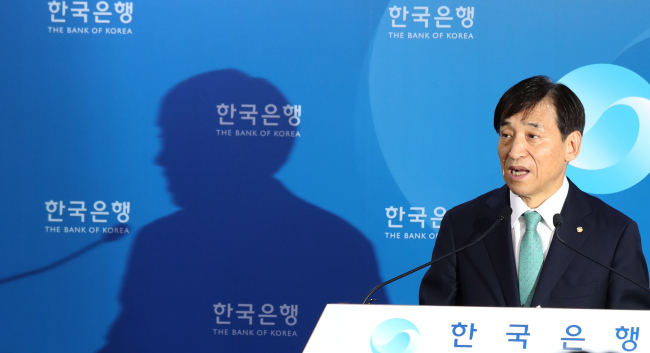 Lee added the revised growth forecast did not reflect the state-sponsored 11.2 trillion won ($9.86 billion) supplementary budget, which he expects would help improve the “quality of economy” such as employment, if passed by the parliament.

However, external risks such as volatility in crude prices and adverse impacts on trade from the United States and China were picked as downside risks in growth prediction.

On the decision to freeze the rate, the robust growth in macroeconomics at home and abroad was offset by uncertainties such as the geopolitical risks surrounding North Korea, global trade protectionism, as well as possible change in global central banks’ monetary policies, Lee said.

“The economy is projected to see robust growth,” Lee said. “But because of the uncertainties abroad and low upward pressure in consumer price inflation, we decided to maintain our wait-and-see approach and monetary easing policy direction.”

The remarks came after the Monetary Policy Board, presented by six board members including Lee, was unanimously in favor of the rate freeze. 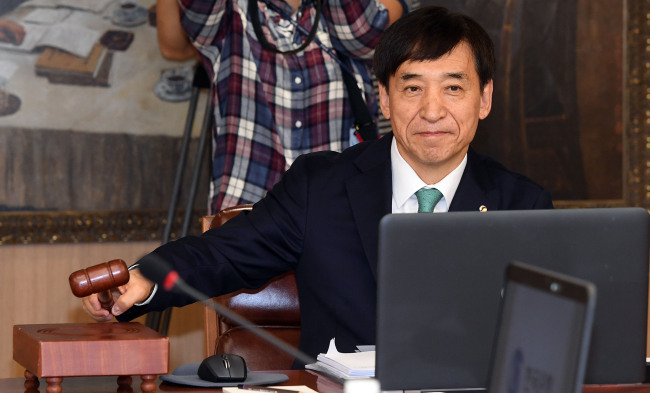 (Yonhap)
The central bank has maintained the key interest rate at 1.25 percent, since the BOK lowered the rate by a quarter of a percentage point in June 2016. A month prior to the decision last year, the BOK chief had said in a speech on June 12 that a readjustment of the pace of monetary easing is a likely option in the case of an upbeat economy.

On Thursday, the BOK governor told media that the readjustment will come only on condition that it sees the visible economic growth and there is no timing set for the rate hike.

Lee also said US Federal Reserve Chair Janet Yellen’s remark that US rates were close to a neutral level and are not in need of further hikes as dovish.