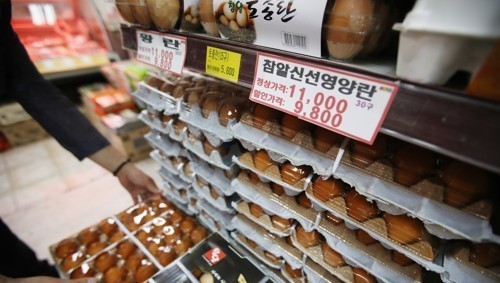 According to the Ministry of Agriculture, Food and Rural Affairs, 970,000 eggs imported from the Southeast Asian country arrived in South Korea via ship last week.

The government has been dealing with rising egg prices following the worst avian influenza outbreak last winter, which led to the culling of more than 33 million birds. It has been grappling with another outbreak since last month.

Still, experts have been doubtful about whether the imported eggs will contribute to containing the high prices with such a modest amount, considering that the country consumes about 30 million to 40 million eggs per day. (Yonhap)