Trump made the remark during an "Unleashing American Energy" event at the Department of Energy, noting that the US firm Sempra Energy signed an agreement earlier in the day to sell natural gas to South Korea. 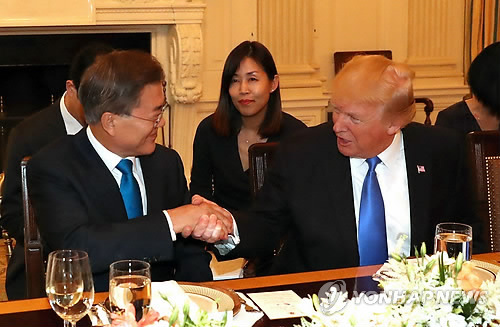 "As you know, the leaders of South Korea are coming to the White House today. And we've got a lot of discussion to do, but we will also be talking about them buying energy from the United States of America, and I'm sure they'll like to do it," he said.

Trump and Moon met for a White House dinner Thursday. The two leaders are scheduled to hold formal summit talks Friday, where North Korea and trade are expected to be among the top topics. (Yonhap)