WASHINGTON -- The US Defense Department has put together revised military options for North Korea and is ready to present them to President Donald Trump, a news report said Thursday.

The options will be presented if the North conducts an underground nuclear or ballistic missile test that indicates the regime has made significant progress towards developing a weapon that could attack the US, CNN reported, citing two unidentified military officials. 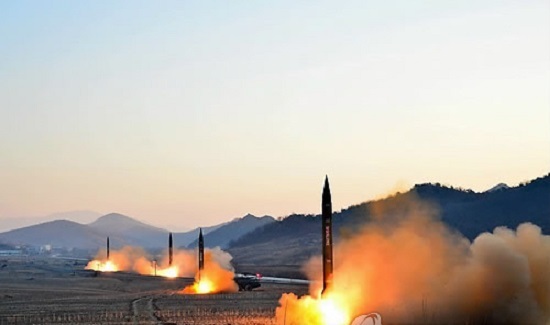 "What we have to do is prepare all options because the president has made clear to us that he will not accept a nuclear power in North Korea and a threat that can target the United States and target the American population," McMaster was quoted as saying during remarks at a Washington think tank.

McMaster also said that the North's threat is "much more immediate now."

"We can't repeat the same failed approach of the past," he said. "The president has directed us to not do that and to prepare a range of options, including a military option, which nobody wants to take."

He also said Trump will discuss a new approach to the North with South Korean President Moon Jae-in.

Trump takes the issue very seriously, the report said, citing remarks by CIA Director Mike Pompeo, who said, "I hardly ever escape a day at the White House without the president asking me about North Korea and how it is that the United States is responding to that threat."

US officials are particularly concerned about the North's increased ability to hide its testing from the US until the last minute, which means that the US would have little indications ahead of a nuclear or missile test, the report said.

While the North has moved to solid-fuel missiles, which require less time for preparations for a launch, the regime also continues to make progress in its ability to quickly drive missiles out of underground shelters and fire them, the report said. (Yonhap)