VORNADO Korea, a domestic marketing company that has imported air circulators from US-based VORNADO since 2007, has found its footing in the South Korean market.

VORNADO, which started its business in the mid-1940 in Kansas, is a US-based company that manufactures household fans and appliances related to air circulation. It prides itself on its signature energy efficient Vortex Technology, which allows all the air in a room to circulate by using a special airflow. 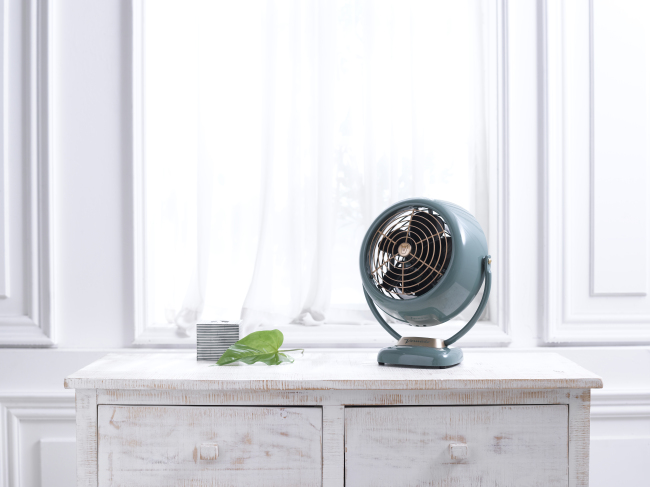 A VORNADO VFAN Vintage Air Circulator in green /VORNADO Korea
VORNADO Korea’s air circulator sales in the first five months of 2017 increased by 33 percent on-year, recording sales of 60,000 units in April and May, the company said.

According to Danawa Research, a Korean online shopping market research agency, the sales of VORNADO products topped other brands with a 26.1 percent market share, followed by Aviair with 23 percent and Shinil Industrial with 11.7 percent, during the first five months of this year.

VORNADO’s newly introduced premium models, the VORNADO 5303DC and Vonado 6303DC, were also sold out in just one month after their release. The two models feature an energy-saving 12-hour timer function as well as 99 airflow settings used to control air speed and reduce noise.

Last year, the VORNADO 533 and VORNADO 633, were the best-selling models in Korea, as well as overseas, the company added.