The heads of IP5, including Lee Young-dae, acting commissioner of the Korean Intellectual Property Office, gathered together in Valletta, Malta on May 31 and June 1 to take stock of all the achievements made by the offices the past decade and set up a new blueprint for the future direction of office’s initiatives. 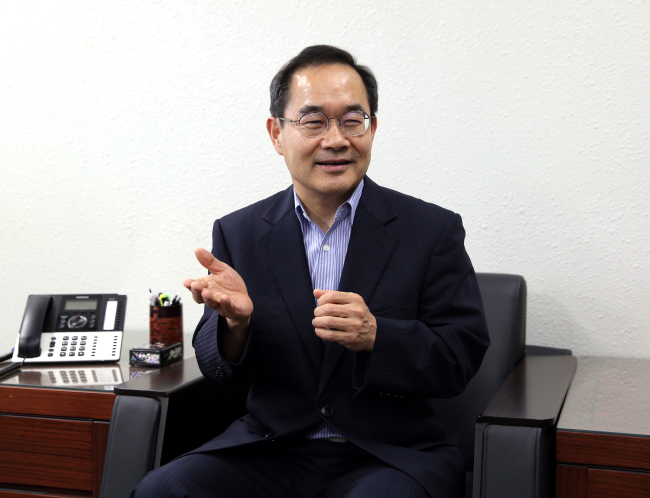 “The IP5 has played a pivotal role in the development of the global IPR system in the last 10 years since the IP5 system was launched in 2007,” said Lee in an interview with The Korea Herald.

“At the meeting, IP5 adopted a new vision of cooperation, aimed at creating a user-friendly international patent environment in order to recognize the achievements of the past decade and to confirm the achievements so far and to cope with the rapidly changing environment.”

Combined, IP5 handles roughly 80 percent of the world’s patent applications and 95 percent of all work carried out under the Patent Cooperation Treaty. 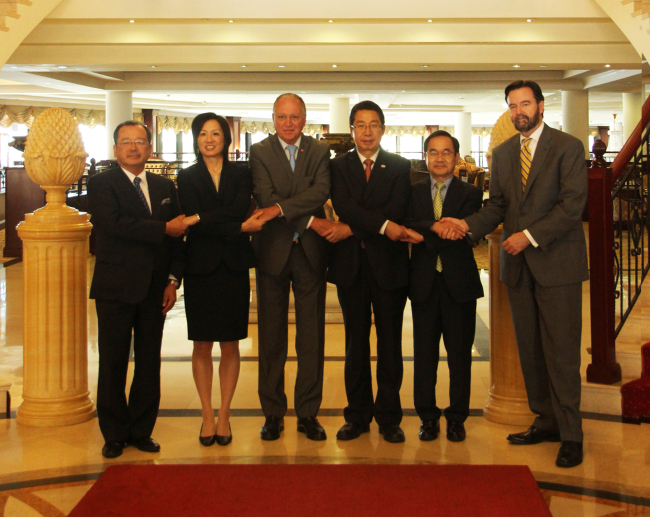 According to Lee, the patent offices have adopted a new vision to cope with the fourth industrial revolution.

The IP5 heads claimed that in order to promote innovation and growth, the protection of patent rights should be strengthened and a strong and flexible intellectual property system should be established.

As part of its new future vision, the patent offices have also agreed to launch the Patent Cooperation Treaty Collaborative Review pilot program next year on May 1.

The PCT is an examination process that consists of an international phase that determines patentability through prior art searches and a national phase, which determines the final patent status after entering a country.

IP5’s PCT collaborative review will focus on enhancing the credibility of the patentability judgment by complementing the strengths and weaknesses of each agency’s language and technology field through joint examination.

“As a result, it is expected that the examination burden will be reduced in the national phase and will further ensure the security of an applicant’s rights,” Lee said.

“In order for the pilot project to operate successfully, Korea will cooperate closely with IP5 to set up detailed operational standards and take measures to ensure that user convenience will be enhanced through this pilot program.”


The global patenting landscape has significantly evolved in the past ten years. This is not least due to new emerging technologies, continuously increasing numbers of patent applications cross-filed between the IP5 offices and changing user needs. In response to these developments, the IP5 offices are jointly expanding the focus of their co-operation towards creating a modern patent prosecution environment for the benefit of all stakeholders. To this end, the IP5 offices have reviewed their ongoing activities and projects and redefined the IP5 vision to read:
The IP5 Offices envision: patent harmonization of practices and procedures, enhanced work-sharing, high-quality and timely search and examination results, and seamless access to patent information to promote an efficient, cost-effective and user-friendly international patent landscape.

Building on the 2015 and 2016 IP5 joint statements, the IP5 Heads of Office restated the vital importance of industry involvement in the IP5 co-operation and renewed their intended commitment to strengthening the dialogue with industry stakeholders from the IP5 regions to ensure that the IP5 projects support the needs of the user community effectively.

With a view to enhancing their cooperation further and providing better services to users and the public, the IP5 Heads of Office intend to focus their endeavors on:
(1) Pursuing efforts towards patent harmonization of practices and procedures within the IP5: against the background of growing numbers of cross-filings, the IP5 offices endeavor to strengthen their efforts to explore the potential for harmonizing aspects of their patent practices and procedures to reduce the workload and costs for applicants filing their applications in multiple jurisdictions in parallel.
(2) Optimizing quality management: the IP5 offices aim to work toward the continuous improvement of patent quality and the delivery of high quality products and services.

(3) Maximizing the work-sharing potential within the IP5: recognizing the Patent Cooperation Treaty as one of the most successful international frameworks for work-sharing, the IP5 offices plan to continue to work with World Intellectual Property Organization towards optimizing the solid functioning of the PCT system, including testing a collaborative concept for international searches under the PCT, and explore other work-sharing options tailored to the changing examination environment.
(4) Improving patent information services: the IP5 offices strive to intensify work on the Global Dossier taking into account users’ needs, and promote easy access to and in-depth utilization of patent information.