Outstanding foreign currency deposits held by local banks, domestic and foreign, reached $69.94 billion in May, up $2.55 billion from a month earlier, the Bank of Korea said in a statement. 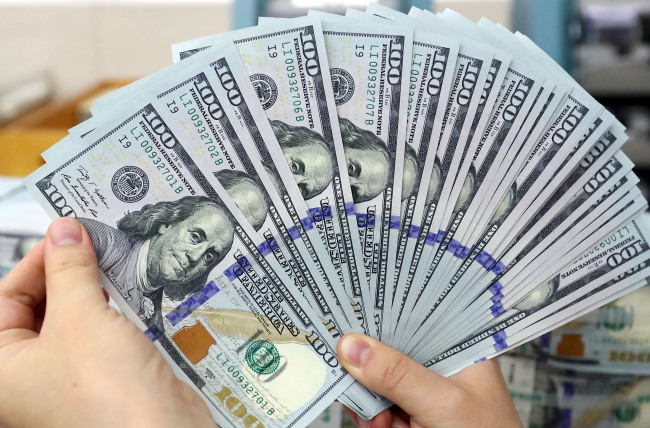 (Yonhap)
Broken down, foreign currency deposits held by domestic lenders came to $59.87 billion in May, up from 57.98 billion in April. The deposits by foreign banks stood at $10.07 billion, up from $9.41 billion during the same period.

Foreign deposits include those held by foreigners who have stayed in South Korea for more than six months, as well as foreign companies operating here.

The central bank attributed the on-month increase mainly to a rise in US dollar deposits by exporters.