The unemployment rate stood at 3.6 percent last month, down 0.1 percentage point from the same month last year, according to the report compiled by Statistics Korea. From a month earlier, it fell 0.6 percentage point. 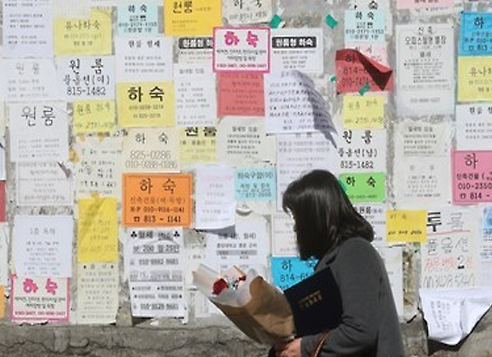 The unemployment rate for young people, aged between 15 and 29, was 9.3 percent, down from 9.7 percent tallied a year earlier and from April's 11.2 percent.

The statistics office said increased employment in the construction and real estate sectors contributed to the overall improvement in May's jobless rate.

The wholesale and retail sector was also on a roll as they expanded their payroll by 52,000 workers last month.

On the other hand, the manufacturing sector, which accounts for one-fifth of the country's total hiring, remained in a slump as 4.5 million people were working in the sector last month, down 25,000 from a year earlier.

Local manufacturers newly hired around 150,000 people every month throughout 2015, with the number peaking at 191,000 in October of that year. But the figure plunged to 20,000 in June last year and posted negative growth the following month for the first time in 49 months as the country struggled with faltering exports.

But the downbeat pace of new jobs created by the sluggish manufacturing sector has been slowing down for months to a monthly 62,000 fall in April and a 25,000 drop in May after bottoming out at 160,000 in January. The developments reflect an upturn in the country's exports.

The South Korean economy seems to have entered an upside cycle as its exports, the key economic driver, posted the seventh consecutive month of growth since November last year on the back of rising global trade.

"Nearly all numbers are good, led by a boom in the construction, real estate, and wholesale and retail sectors," said Bin Hyun-joon, head of the agency's employment statistics division.

"But looking into the details, we have to remain cool-headed."

The official pointed out that manufacturing, the backbone of growth, is still too weak to hire more workers and the employment rate for those in their 20s dropped to 58.8 percent last month from 59.3 percent a year earlier.

President Moon Jae-in has stressed his will to offer quality jobs for young people and mapped out a 11.2 trillion-won ($9.94 billion) supplementary budget last week to create 110,000 jobs and boost the economy. (Yonhap)