[ The Korea Herald – Send E-mail ]
Hwang Chi-yeul: Father and fans, source of my tenacity
By 지예은
Published : Jun 13, 2017 - 15:30
Updated : Jun 13, 2017 - 15:30
Hwang Chi-yeul had been an obscure singer for about 10 years since he debuted in 2007 with his first full-length album "Five Senses." He appeared on various TV and radio shows for about one year after his debut, but had to disappear from the stage when his previous management company closed due to financial difficulties.

He spent his 20s working part-time jobs, and taught at music schools as a vocal coach for a living until late 2014.

But he experienced a reversal of fortune early last year when China's Hunan satellite TV invited him to participate in season 4 of "I Am a Singer," a Chinese adaptation of the popular South Korean TV singing competition. He became a huge sensation across the country and won the simplifier "man of the continent (China)." 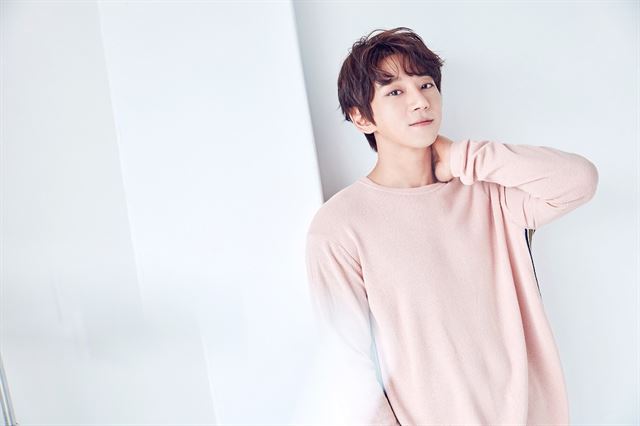 (HOW Entertainment)
"I was stunned. I knew for the first time what it was like to be dreaming. I got off at a Chinese airport to join the competition in the early stage of my appearance in the program and there was a huge number of fans. I went back to see who was behind me but found that my name was written in Chinese characters in pickets. Then I realized what the word 'miracle' meant."

He snatched the No. 1 spot on two seasons of the Chinese show, and came into the spotlight of many popular Chinese entertainment shows.

Based on this firm support from Chinese fans, Hwang is set to drop his first album in 10 years on Tuesday. He has occasionally participated in soundtracks for popular dramas and in collaboration projects with girl group members, but has not released an album since his first.

"The first album is meaningful to me because it was the first one that I dropped after moving to Seoul but it has not seen the light of day," Hwang said. "I'm filled with emotion before releasing this album because it is the first one to be released after I received attention and support from many people and it reflects lots of my opinions."

He said he tried to return to square one of his music career and portray candid moments and emotions from everyday life on the second album. That's why he titled it "Be Ordinary." The first order volume exceeded 100,000, an unusually high number for a solo ballad singer.

"My agency staff and I expected my first order volume to be about 30,000, and I was surprised at the high figure. I really should be good to the fans who comprehend my efforts."

When asked what kind of compliment he wants to hear the most for the forthcoming album, the 34-year-old singer answered: "You're going to find your place." 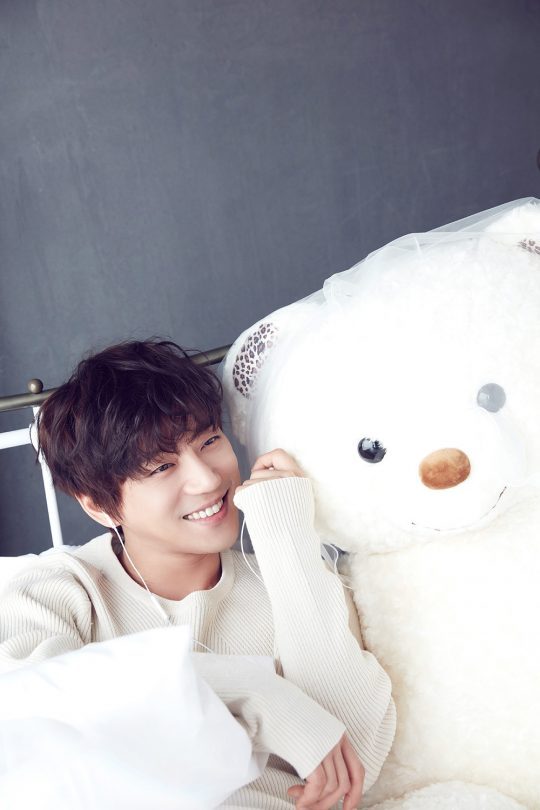 (HOW Entertainment)
"I have received a lot of SNS messages saying 'Your guts make me reflect on myself' and 'You give me hope.' I hope you will think that 'You're walking your way well and honestly' since I eventually did this album, too."

When asked what is a driving force behind his tenacity, he cited his father and fans without hesitation.

"It was my father at first," he said. "Two months after I moved to Seoul, I had to go back home because my father, who was running a small factory, had to undergo stomach cancer surgery. I was allowed time to work but he did not like it all the time. Since I did not want to be a son who easily gives up his goal, I desperately tried to give my all and shake off sleepiness by drinking 12 cups of coffee a day. But now fans are what prop me up.

Since they give me unconditional love, I'm trying to do my best out of a sense of responsibility and duty."

Next weekend, the star will carry out what tops his bucket list as an obscure artist: to hold a solo concert in his home country.

His first-ever concert in South Korea is scheduled to take place at Olympic Park, southeastern Seoul, on June 24-25.

"I could not even dream of holding a concert when I was unknown. And now, with people who do not want to miss my breathing, watering and sweating expected to come to my concert, is there a more glorious place than this on Earth? I want to develop further and make it into a gorgeous performance filled with my own songs." (Yonhap)