South Korea's national tax revenue continued to rise in the first four months of the year bolstered by an increase in corporate and value added taxes, the finance ministry said Tuesday.

The government collected a total of 105.3 trillion won ($93.1 billion) in dues in the January-April period, up 8.4 trillion won from a year earlier, according to the Ministry of Strategy and Finance. 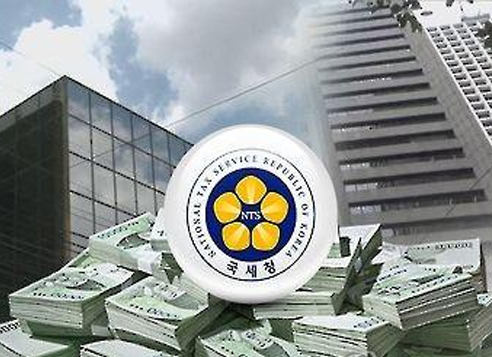 (Yonhap)
The amount is equal to 43.5 percent of the 242.3 trillion won in tax revenue earmarked for 2017. Taxes collected so far are 1.8 percentage points higher than numbers for the same time last year.

The South Korean government has been enjoying an overflow in tax income since last year when the total tax revenue reached 242.6 trillion won, exceeding the original target by 9.8 trillion won and increasing by a record 24.7 trillion won from a year earlier. (Yonhap)