Government ministries and other public entities are hoping to boost their annual spending by 6 percent next year to better meet social welfare, education, and research and development outlays, the finance ministry said Monday.

According to the Ministry of Strategy and Finance, government offices have submitted preliminary requests for their 2018 budget that totaled 424.5 trillion won ($377.1 billion), compared with 400.5 trillion won earmarked for this year. 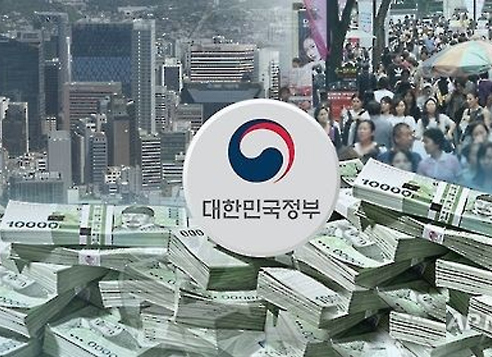 (Yonhap)
The request, if finalized, will mark the fastest on-year expansion since 2015, when government spending jumped 6 percent from the previous year.

The finance ministry said the government seeks to spend 141.1 trillion won on public welfare, health and employment in 2018, up 8.9 percent from this year.

State spending on education is set to increase 7 percent on-year to 61.4 trillion won, but environmental and cultural spending will shrink 3.9 percent and 5 percent to 6.6 trillion won and 6.5 trillion won, respectively.

The government will finalize and submit its budget request to the National Assembly before Sept. 1, the ministry said. (Yonhap)