Building a nuclear warhead and a re-entry vehicle durable enough to withstand the extreme heat during a missile's re-entry into the atmosphere is the last-remaining major question North Korea faces in developing a nuclear-tipped intercontinental ballistic missile, a US expert said.

Jeffrey Lewis, a top expert on North Korean missiles, also said in an article in the Foreign Affairs magazine that the North's Hwasong-12 missile, test-fired last month, showed that its warhead experienced heat loads similar to those of an ICBM and survived. 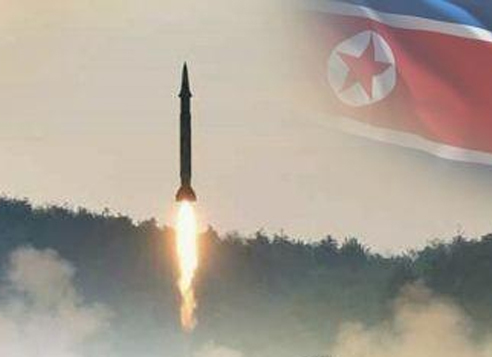 (Yonhap)
Mastering warhead miniaturization, as well as re-entry technologies, have long been considered two major challenges Pyongyang must overcome if it wants to develop a nuclear ICBM capable of striking the continental US.

Lewis said the North appears to have overcome the miniaturization problem.

"North Korea almost certainly has a compact fission warhead capable of fitting on a future ICBM," he said in the article, adding that with five nuclear tests, the North's claim of mastering miniaturization is in line with the progress that other nuclear powers had made at similar points in the development of their programs.

"The major question now is not whether the warhead is small enough to mount on an ICBM but whether it is rugged enough to survive the shock, vibration and extreme temperatures that a nuclear warhead would experience on an intercontinental trajectory, in which it would be shot into space and then re-enter the Earth's atmosphere," he said.

The expert also said that a successful intercontinental launch would involve not only the durability of the warhead itself but that of the re-entry vehicle -- the part of the ICBM that protects the warhead from the incredible heat generated by re-entering the atmosphere.

"The warhead fitted to the Hwasong-12 experienced heat loads similar to those of an ICBM (although for a shorter period of time) and survived. Separately, North Korea has published images of an apparently successful ground test of a re-entry vehicle last year," he said.

"Similar doubts were expressed about China's nuclear warheads in the 1960s, prompting China's leaders to arm a missile with a live nuclear weapon and launch it across the country to dispel any lingering doubts. Fortunately, North Korea has not chosen to take such a step," he said. (Yonhap)