Busan, the second-largest city in Korea, showed an 11 percent surge in real estate prices on-year in June, the highest among cities in the nation, according to data by real estate market tracker Budongsan 114.

The average apartment price per square meter in Busan reached 2.93 million won ($2,600), while the average in June last year stood at 2.64 million won. 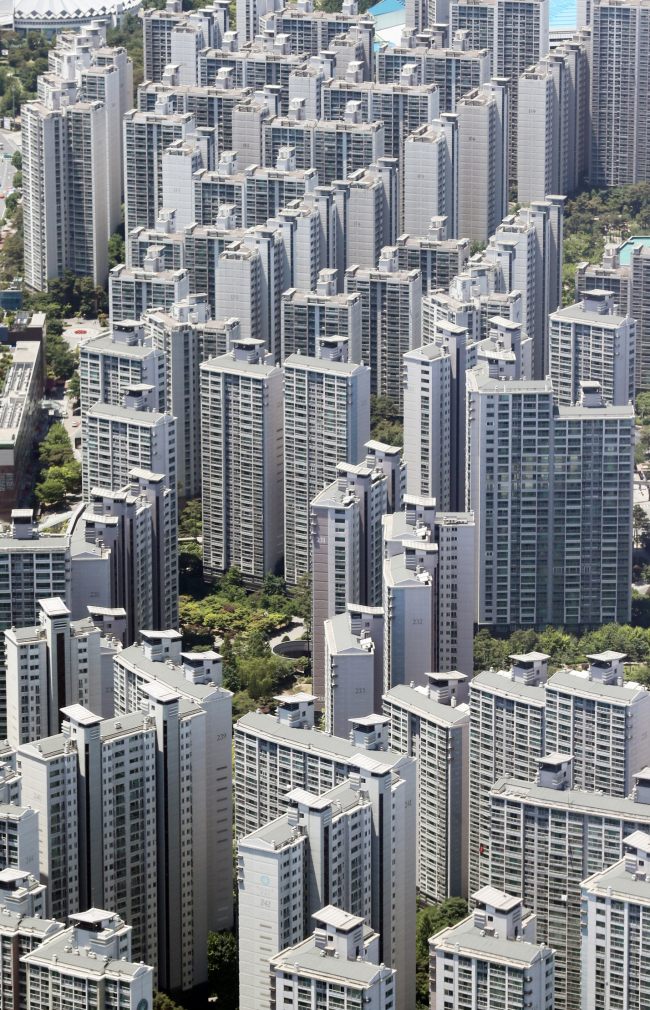 A view from an observatory at the Lotte Tower shows apartments in southern Seoul. (Yonhap)
Housing prices per square meter on Jeju Island soared 7.3 percent to 3.1 million won, whereas those of Sejong jumped 7.1 percent to 2.73 million won.

Other regions that showed steeper rises than consumer price inflation of 1.9 percent as of April included cities such as port city Incheon and Daejeon, as well as the nation’s most populous province Gyeonggi Province,

Some provincial cities, however, saw drops in residence prices.

The average housing price in Daegu edged down 0.8 percent to 2.64 million won.

The contrasting trends are expected to pose a burden on the respective local economies, the report indicated.