The state-run Nuclear Safety and Security Commission approved the permanent shutdown of Kori No. 1, the first nuclear reactor set up in the country in 1977. 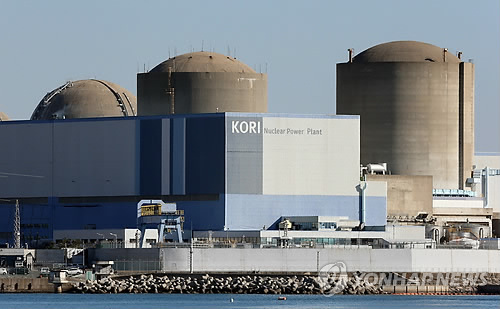 Kori Nuclear Power Plant in Busan (Yonhap)
Kori No. 1, located in the southern port city of Busan, will cease operations at midnight on June 18. Officials will then relocate spent nuclear fuel stored inside the rector to a liquid sodium-cooled reactor for reprocessing.

The actual dismantling of the facilities is expected to start no later than 2022. The operator Korea Hydro and Nuclear Power must submit a dismantlement plan within five years for the NCCS’s approval.

The NCCS said it will continue to check the safety management of the suspended reactor on a regular basis until the dismantlement.

Following government approval in 2007, Kori No. 1’s operations were extended by 10 years after a 30-year run.

Some experts oppose the planned reprocessing of nuclear waste, saying the technology, although effective in reducing the volume of waste, could complicate waste disposal by creating different types of radioactive waste.