The Seoul metropolitan government said Sunday it will operate an inter-city bus connecting major tourist attractions in South Korea starting this week to provide visitors a chance to explore the many hidden treasures in the country.

The "K-travel Bus" exclusively serves foreign tourists, residents and students who want to travel outside the capital city, to boost travel to smaller cities and rural areas, a municipal official said. The initial two-day tours will run till the end of the year. 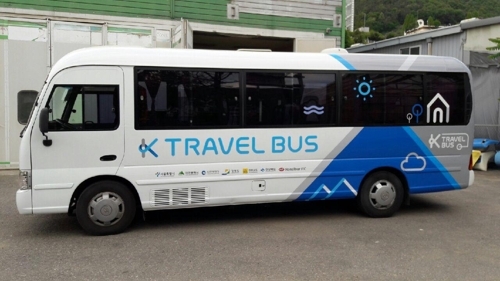 Prior to the implementation of the service, the Seoul local government formed business deals in April with the local governments of Daegu, Incheon, Gangwon, South Jeolla and North Gyeongsang before coming up with a detailed itinerary on the five courses last month.

The Seoul municipal government plans to further expand the number of services to six next year and eight in 2019.

An official at the local government said Seoul will strengthen cooperation with other regional governments in a bid to make the K-travel bus service one of the top travel products that can help revitalize local economies. (Yonhap)