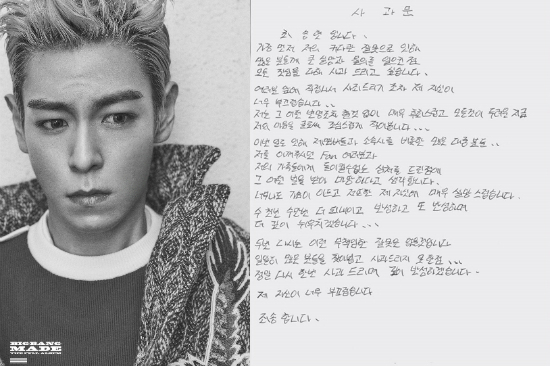 “I have no excuses and deserve any kind of punishment. I feel very regretful and fearful for having left an irreparable scar in everyone’s hearts, including our members, my agency, friends and family. I will reflect on my wrongdoing over and over again. Once more, I apologize for not being able to apologize to everyone personally,” he added.

The rapper came under fire on Thursday after he was accused of smoking marijuana several times in October last year, as it was reported that he tested positive for marijuana in a drug test conducted by Seoul Metropolitan Police Agency’s drug crime unit in March. He began his military service on Feb. 9 and has been serving in the band unit of the Seoul National Police Agency. His case has been sent to prosecutors, but his punishment is yet to be decided.