President Moon Jae-in on Saturday expressed his wish to meet Mark Zuckerberg, the CEO of Facebook, soon to discuss how to more effectively communicate with people online, his office said.

The president posted a message on his Facebook account in response to an email that Zuckerberg sent him last Sunday to congratulate him on his victory in the May 9 election. 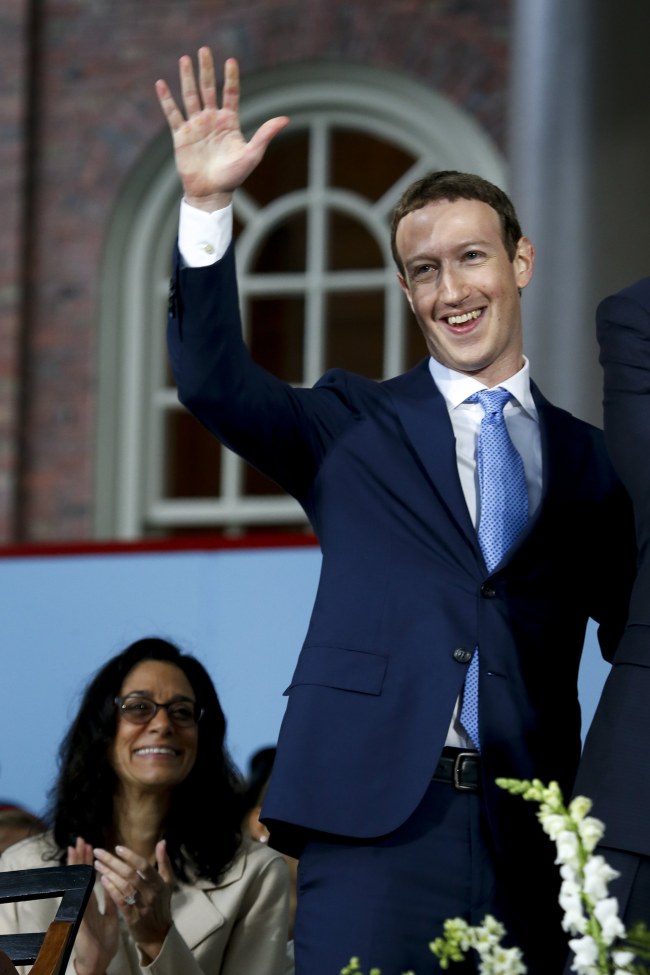 Facebook founder, chairman, and CEO Mark Zuckerberg (right) waves as he makes a commencement address at Harvard University in Cambridge, Massachusetts on Thursday. (EPA-Yonhap)
"I would like to have an opportunity to meet you soon and share our thoughts on how we can communicate more effectively online with people around the world," he wrote in the post.

"It is my genuine wish that you and the Facebook Team continue to be a great source of hope for the young generation of South Korea," he added.

Moon also noted that Facebook is a key player in the fourth industrial revolution focusing on people. The revolution refers to the fast-paced industrial transformation marked by the convergence of cutting-edge technologies such as virtual reality and artificial intelligence.

"While we had once gotten to know the lives of others through books, news and movies, in these days, we share life stories and experiences of others through online communication," Moon said. "In this context, Facebook is already at the very center of the fourth industrial revolution focusing on people." 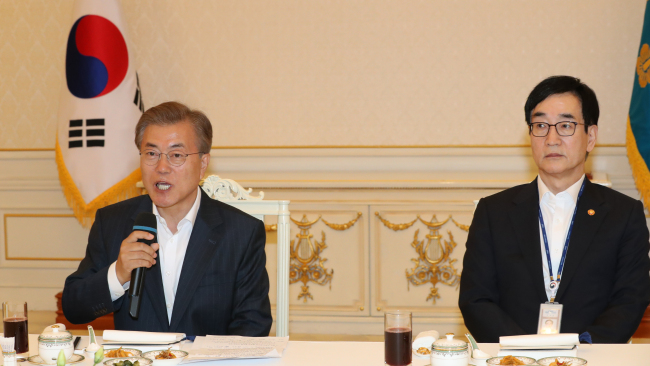 President Moon Jae-in (left) speaks at a luncheon with cabinet ministers at Cheong Wa Dae on Friday. (Yonhap)
Moon took office on May 10, just hours after the state election watchdog confirmed his triumph in the rare presidential by-election caused by the March 10 ouster of his scandal-hit predecessor, Park Geun-hye.

The Facebook CEO later reciprocated, congratulating Moon on his inauguration.

"It's great to connect with you on Facebook. Congratulations on your inauguration and I look forward to meeting you," Zuckerberg replied to the president's post. (Yonhap)