Perez, 53, spoke at a session titled “Us and Others” at the event, hosted by the Daesan Culture Foundation.

The poet said that misunderstanding between people rises when one is unable to clearly express one’s thoughts. “We need to foster the ability to express our thoughts as they are,” he said. 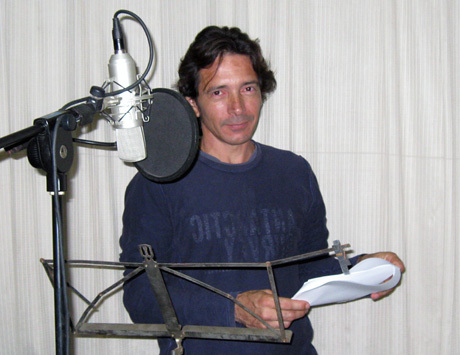 Omar Perez in the studio of Dennis Casteleiro in Central Havana (Poetry Foundation)
Also a percussionist, Perez participated in an improvised performance with a Korean jazz band at an evening event at the Jongno-gu KT Building in Seoul.

Perez received Cuba’s Nicolas Guillen Prize for Poetry and the National Critics’ Prize. His work has been featured in anthologies. A former member of the Cuban intellectual group Paideia, Perez was born and raised in Havana. He still resides there.