Moody’s Investors Service cut its rating on China’s debt, saying that the outlook for the country’s financial strength will worsen as debt rises and economic growth slows.

Moody’s reduced the rating to A1 from Aa3 and changed the outlook to stable from negative, the company said in a statement on Wednesday. 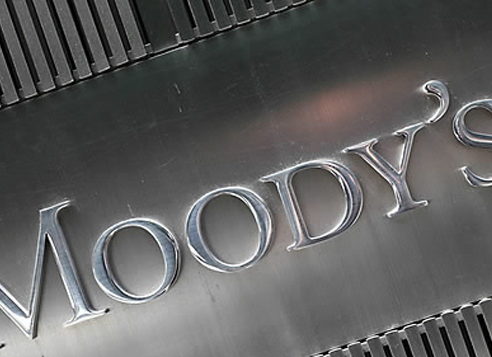 (Yonhap)
The offshore yuan extended losses after Moody’s downgrade, weakening 0.12 percent to 6.8889 per dollar as of 8:24 a.m. in Shanghai.

President Xi Jinping and other top leaders are seeking to rein in credit risks in the financial system, while ensuring there’s enough lending to keep the economy humming above their target for economic growth of at least 6.5 percent this year.

Total outstanding credit climbed to about 260 percent of GDP by the end of 2016, up from 160 percent in 2008, according to Bloomberg Intelligence.

The Australian dollar fell as much as 0.31 percent after the announcement about its largest trading partner.

“While ongoing progress on reforms is likely to transform the economy and financial system over time, it is not likely to prevent a further material rise in economy-wide debt, and the consequent increase in contingent liabilities for the government,” Moody’s said. (Bloomberg)