The KFB said Monday that Kakao Bank had become the 22nd banking institution under the federation Friday. All commercial banks in operation in South Korea are members of the KFB, which gathers views from the banking sector and submits them to the parliament or financial regulators as a whole. 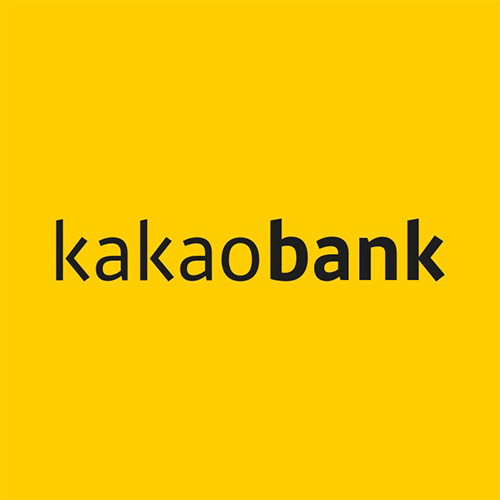 (Kakao Bank)
In January, K bank entered the association as the country’s first online-only bank, which launched operations in April. It was the first banking organization to join in 25 years since Pyeonghwa Bank in 1992.

The launch of Kakao Bank comes after K bank’s success in the nation, driven by low loan interest and high deposit interest compared to traditional commercial banks. The bank said it saves on the costs of running brick-and-mortar branches and could reward its customers with interest benefits in return, which resulted in 240,000 new bank accounts being opened in less than two months.

Kakao Bank is expected to offer online banking services including a wire transfer service run on Korea’s most popular messenger KakaoTalk, interests on deposits extended in the form of points rewards or vouchers available at e-commerce websites, as well as loans extended through an online app.

In a release, the KFB expressed hopes on swift revision of the Banking Act that would allow a nonbanking institution, such as information technology firms, to hold more shares of the internet-only banks, up to 50 percent at maximum. The revision is expected to lower the “administrative restraints of the bank owners,” according to the KFB.