South Korean companies listed on the country's main stock market saw their debt ratio inch up in the first quarter of this year from three months earlier, data showed Monday.

The debt-to-equity ratio of the 725 listed companies, which close their books in December, came to 116.8 percent at the end of March, up 1.77 percentage points from the end of December, according to the data by the Korea Exchange and the Korea Listed Companies Association. 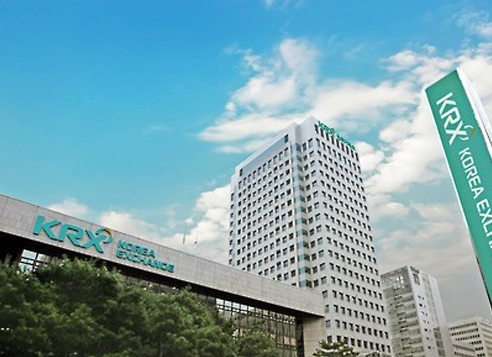 (Yonhap)
A key measure of financial health and stability, the ratio is calculated by dividing a company's total liabilities by its stockholders' equity.

The data also showed 361 companies, or 56 percent of the total, had a debt ratio of 100 percent or lower, while the ratio for 102 firms exceeded 200 percent.

The number of companies with a debt ratio of 100 percent and lower declined by two during the period, with that for firms with a ratio of more than 200 percent climbing by 12.

Companies in the manufacturing, services, restaurant and 22 other business sectors saw their debt-to-equity ratio increase over the cited period, with firms in the transportation, medical and 10 other areas posting declines, the data showed. (Yonhap)