[ The Korea Herald – Send E-mail ]
Pantech sells US patents to stay afloat
By Korea Herald
Published : May 21, 2017 - 14:43
Updated : May 21, 2017 - 17:14
South Korea’s former handset maker Pantech has been struggling to seek some profit by handing over its patents for the US market to a local patent troll, media reports said Sunday.

According to the reports, Pantech agreed to transfer a total of 230 US patents to Golden Peak Innovations, a patent firm established in Seoul last October. 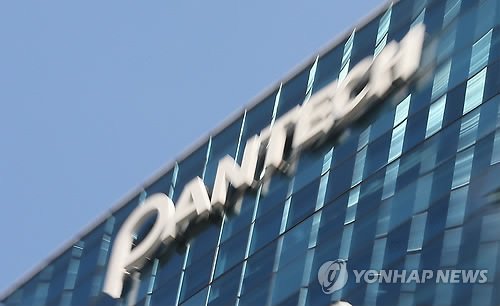 (Yonhap)
The patent firm was reportedly founded to help Pantech secure liquidity by transacting the company’s intellectual properties and licenses.

Golden Peak now owns the entire rights to Pantech’s patents that protect the company from possible infringements in the US market, the reports said.

Controversy is expected to ensue due to the fact that Golden Peak is run by patent attorneys who used to head SPH America, a similar Korean firm with litigation standing in the US.

Pantech seems to have transferred the patent rights to Golden Peak due to liquidity emergency, the reports said.

The company is currently in a capital erosion state, after incurring a 59.6 billion won ($53.4 million) loss last year, larger than 51.7 billion won in annual sales.

A Pantech official said last week that the company is temporarily halting its smartphone business in order to focus on other businesses such as Internet of Things.

Pantech used to be a leader in the mobile phone market until early 2000s with its signature SKY brand. After hitting its peak with the hit SKY handsets more than a decade ago, the phone manufacturer went through two periods of debt workout programs in 2007 and 2014.

It had tried to restore its fame with Vega Racer smartphones in 2011, but the series failed. The company, then, filed for bankruptcy in August 2014. It was acquired by a consortium led by optical disc firm Optis and telecom equipment provider Solid in July 2015.

The new Pantech returned to the market with budget smartphone named “IM-100” in June 2016, but again failed to appeal to consumers, ending up with the massive loss.

Although Pantech has been reduced to a cash-strapped business, it used to be one of leading tech innovators in Korea. Some in the IT industry express concerns about technology leaks to other countries.

“Pantech had applied the fingerprinting sensor to its smartphones as the world’s first,” said an industrial source. “It has some critical tech patents, which should be protected.”

As of March, Pantech held a total of 2,036 domestic patents and 1,111 overseas patents.

“The company may move to send more to raise cash in the near term,” the source said.

Pantech’s public relations officials declined to comment on the issue on Sunday.