The dollar-won volatility eased in April from a month earlier in line with eased volatility in the global financial markets, central bank data showed Monday.

The session-over-session changes in the dollar-won exchange rates averaged 0.43 percent last month, compared to 0.47 in March, the Bank of Korea said in a statement. 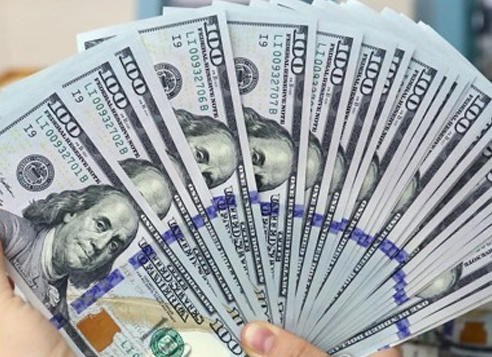 (Yonhap)
"The won fell against the dollar in April due to geopolitical risks and remittances of dividends by foreign investors," the statement said.

Tensions heightened on the Korean Peninsula in recent weeks over Washington's possible pre-emptive strike against North Korea over its nuclear and missile programs. Pyongyang has said it is ready for a war if the US takes military action.

Meanwhile, the Korean currency posted 7.4 won in daily value changes against the dollar in April, up from 6.1 won a month earlier, it said.

Foreign investors poured a net $2.2 billion into the local financial markets -- $990 million in stocks and $1.21 billion in bonds -- in April, the BOK said. It was down from foreign injections worth $5.49 billion a month earlier.