The move is part of the Moon Jae-in administration’s chaebol reform drive, by examining financial transfers between a group’s companies, including loans and investments such as cross-shareholding. 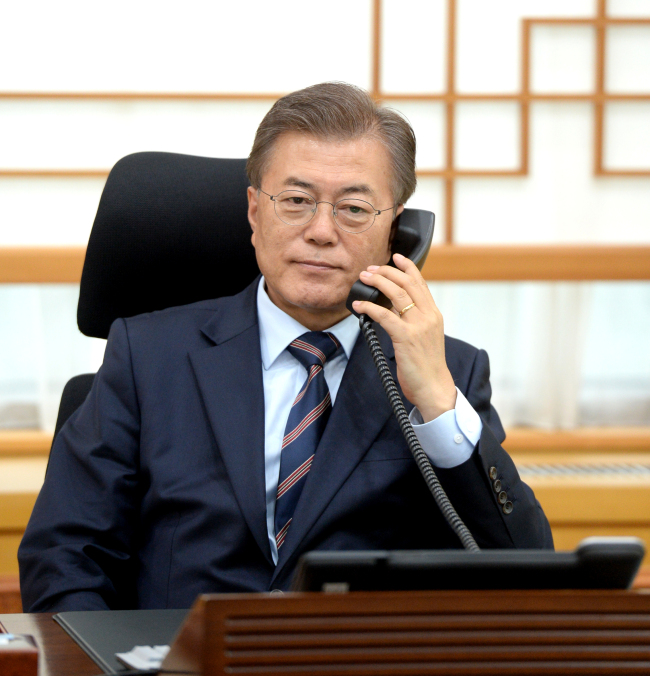 (Yonhap)
The Financial Services Commission and Financial Supervisory Service have reportedly picked up talks on how to oversee business groups that own financial arms as a whole, instead of firm by firm.

The regulators previously measured the financial stability of individual financial business entities, but have in some cases stopped short of gauging potential risks from transfers of funds within a group.

The FSC blamed its “lack of knowledge and countermeasures on business behavior in which multiple conglomerate-owned units are engaged” for Tong Yang Group’s bankruptcy. The conglomerate’s failure triggered losses of 1.3 trillion won ($1.16 billion) for some 40,000 individual investors.

The FSC-led plan to curb such intra-group loans and protect investors was announced in November, but was removed from its report to the president in 2016.

Less than a week since taking office, the Moon administration is seeking to resurrect plans to improve supervision over financial groups, as Moon pledged during the presidential campaign, the Financial Services Commission said Sunday.

If the new system is adopted, a business group would be obliged to select a financial company representing the group to report the financial management of the group as a whole to the regulator.

Details on which business groups would be affected have yet to materialize, but local reports see the nation’s largest Samsung Group as the “most likely target of the consolidated supervision.”

Earlier words by chaebol reformists under Moon’s campaign team have also foretold the new government’s move to prevent a business from intervening in the financial market or vice versa.

“The market-friendly consolidation of financial oversight systems should replace the existing regulation on financial industry structure,” Hansung University professor Kim Sang-jo, a senior economic adviser to Moon, said in a seminar in February.

“The current regulation failed to bring Samsung under control and at the same time curbed the growth of financial industry.”