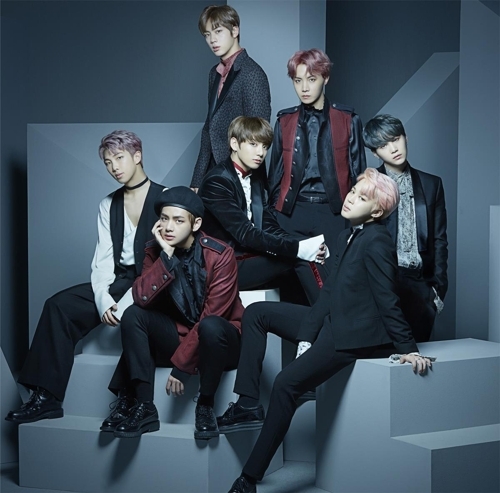 The mini album holds three songs previously released in South Korea -- "Blood Sweat & Tears" from 2016, and "Spring Day" and "Not Today" from earlier this year -- but newly recorded in Japanese.

It marks the group's fourth-consecutive No. 1 album on the Oricon Daily Single Chart following 2015's "For You" and "I Need U," and 2016's "Run." The seven-member group also met with some 2,500 Japanese fans Wednesday at a promotional event in Tokyo's Roppongi Hills.