The woman appeared at the campaign stop in front of a shopping mall in Daegu with what appeared to be a fruit knife wrapped in white paper. She was immediately stopped by surrounding Hong supporters and was soon arrested. 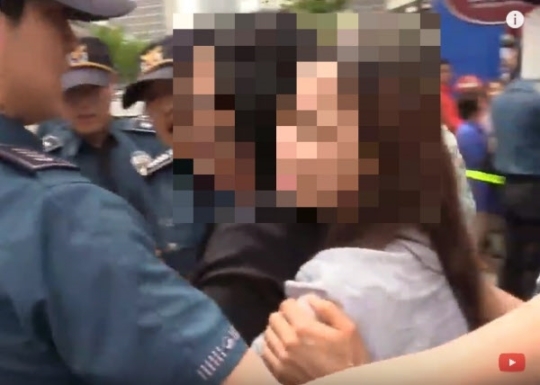 (Screen captured from Youtube)
She reportedly said after being caught, “I have worked for two hours and came here to talk about my unfair situation.”

She also took out a red garment, the color representing Hong’s Liberty Korea Party, said she was “a supporter of No. 2 (Hong) through and through.”

Some of Hong’s supporters at the scene were stopped by police, as they had tried to assault her.