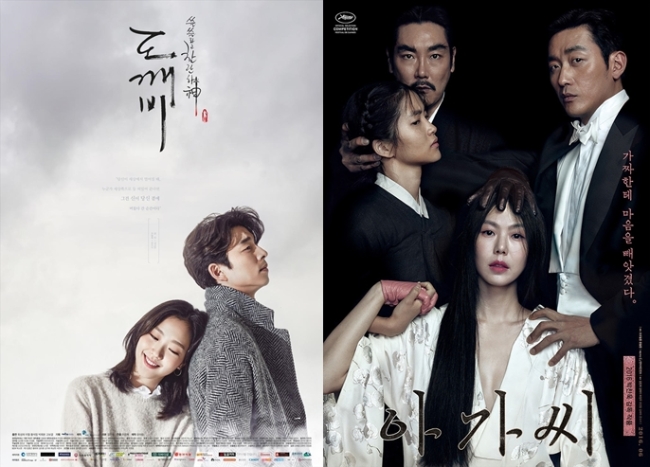 (tvN/ CJ E&M)
“Since I am getting this award for ‘The Handmaiden,’ I think I can say something like this. Someone who can make society one in which people are not discriminated by gender, gender identity, sexual orientation -- I recommend you to take that in account when you are voting (for the president),” Park said during his acceptance speech.

Other winners included Gong Yoo from “Guardian,” Seo Hyun-jin from the tvN drama “Another Miss Oh,” Song Kang-ho from the thriller film “The Age of Shadows” and Son Ye-jin from the period film “The Last Princess,” who were named best actors and actresses. 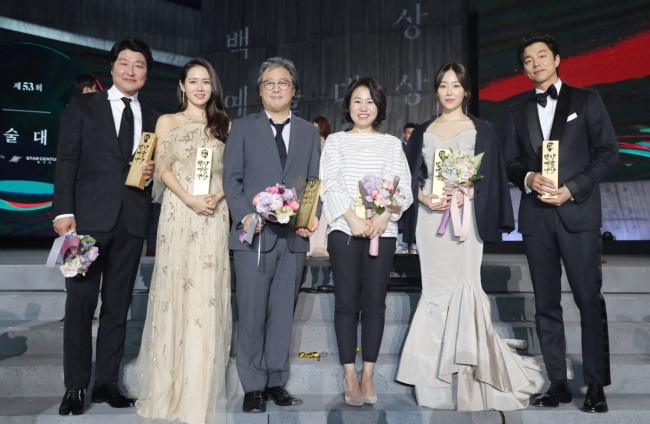 (Yonhap)
Park Bo-gum and Kim Yoo-jung from “Love in the Moonlight” were awarded the popularity awards. The late Kim Young-Ae won the lifetime achievement award.