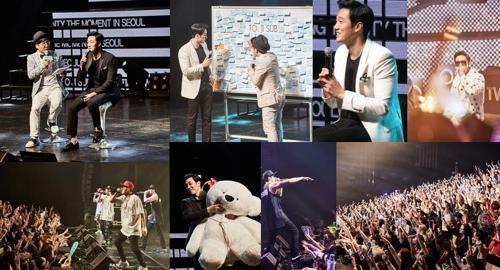 (Yonhap)
The actor met 20,000 fans in eight cities in six Asian countries through the "TWENTY:The Moment" tour that started in Kobe, Japan, on March 25.

The tour ended in Seoul on April 29-30, the first such event in the city in three years. At the Seoul event, he shared a series of photos he took with his fans by using a selfie stick.

"I turned 20 years old in my life as an actor. I was so happy that I could share that happiness with fans," he said. "I will try harder to keep making everyone happy."

Meanwhile, his upcoming film, "The Battleship Island," will premier in Korea in July. (Yonhap)