“Winning the award is a great honor to me. I think it was possible for ‘W’ to win the great award, as the new imagination and venture of it were highly rated by the judges,” said Jung Dae-yoon, who directed the 16-episode TV series. 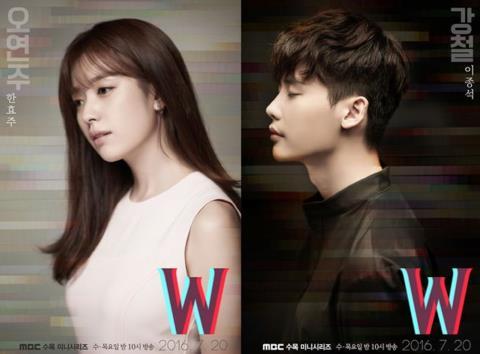 A poster for the MBC drama “W” (MBC)
“W” is a sci-fi romance drama that aired from July through September last year. Starring Lee Jong-suk and Han Hyo-joo, its viewership rating stood at 11.6 percent on average.

Three other MBC shows were honored at the festival. The TV documentary “Great One Meal” (2015) took the Platinum Remi award in the TV special-documentary category. “Winning Shot, The Secret of Pitching” (2015) also nabbed the same award in the sports category. “Real Men” (2016), a variety show featuring male celebrities experiencing life in the military, captured the Silver Remi award in the entertainment category

WorldFest, which started in August 1961, marks its 50th anniversary this year. It is the oldest independent film and video festival in the world. The festival is one of the top three competitive film festivals in North America along with events held in San Francisco and New York.