South Korea is investing heavily in education, but its education quality lags far behind rich countries in nurturing talent through skills development, a report showed Sunday.

According to the report by Hyundai Research Institute, a private think tank, South Korea spent 5.9 percent of its gross domestic product on education in 2013. 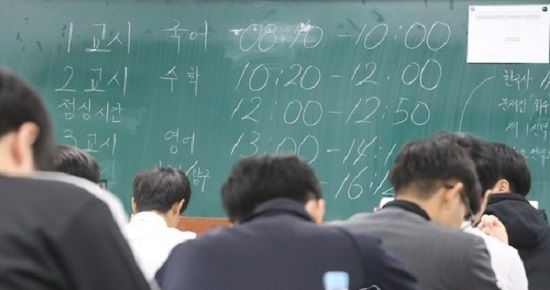 (Yonhap)
The spending was 0.7 percentage point higher than the average figure for members of the Organization for Economic Cooperation and Development.

Citing a report by the World Economic Forum, HRI said, however, South Korea's quality of education was ranked 75th in the world.

The quality of mathematics and science education in South Korea was ranked 36th, it said.

In term of the capability to retain talented people, South Korea was ranked 29th, compared to the United States in 2nd and Germany at 17th.