The number of jobless people aged 65 or older rose to 123,000 for the first quarter this year, up 31,000 from a year earlier, according to the Statistics Korea data.

The figure is the highest since Statistics Korea began compiling related numbers in 1999. 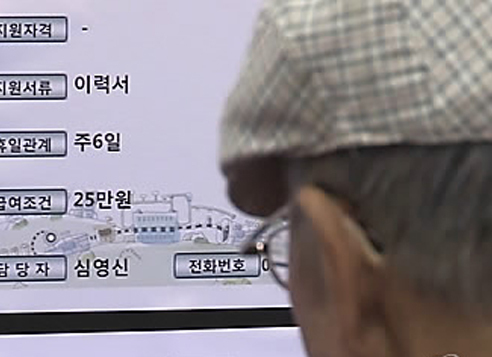 The number of people aged over 65, meanwhile, more than doubled to 7.1 million for the first three months this year from 3.2 million in the third quarter of 1999.

“We don‘t have enough customized jobs for the growing number of people who are over 65,” professor Kim Kwang-seok of Hanyang University said. “The growing joblessness of those over 65 years old means the country’s elderly people are not able to properly sustain themselves due to the lack of proper social welfare and pension systems.”

In March, South Korea’s jobless rate stood at 4.2 percent with the unemployment rate for young people, aged between 15 and 29, hitting 11.3 percent. (Yonhap)