At9 Film said that Yoo finished shooting in late March in Sweden, without specifying the actor's role. 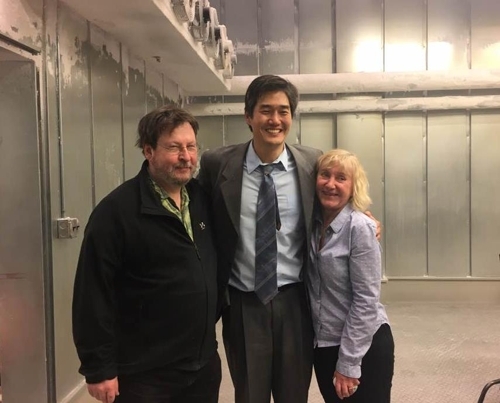 (Yonhap)
He is best known to the international audience for his lead role in Park Chan-wook's "Old Boy." Yoo's directorial debut "Mai Ratima" clinched the Jury Prize, the second top honor, at the 2013 Deauville Asian Film Festival in France.Von Trier's new movie, which comes out next year, follows a character named "Jack" becoming a serial killer over the course of 12 years. It stars Matt Dillon, Uma Thurman and Riley Keough.

"It is an honor to appear in a film by Lars von Trier, who is one of my favorite filmmakers. Despite it being a cameo role, it was a special and valuable experience," said Yoo, who became the first Asian actor ever to appear in a movie by Trier.

The prolific and visionary Danish filmmaker has directed a number of experimental and often controversial films in contemporary cinema history, including "Antichrist," "Melancholia" and the Nymphomaniac series. (Yonhap)