[ The Korea Herald – Send E-mail ]
Celltrion wins Herceptin patent trials against Roche in Korea
By Sohn Ji-young
Published : Apr 26, 2017 - 18:17
Updated : Apr 26, 2017 - 18:17
South Korea’s Celltrion said Wednesday that it has won all of its patent infringement suits involving Roche’s blockbuster breast cancer drug Herceptin in Korea, paving the way for the launch of Herzuma, its biosimilar copy of Herceptin, in the country by the year’s end.

Roche had sued Celltrion Pharm, which handles the marketing and distribution of Celltrion’s products in Korea, for infringing its main formulation patent for Herceptin in Korea in October 2013. The Swiss pharmaceutical giant had also sought an injunction against Celltrion in August 2016. 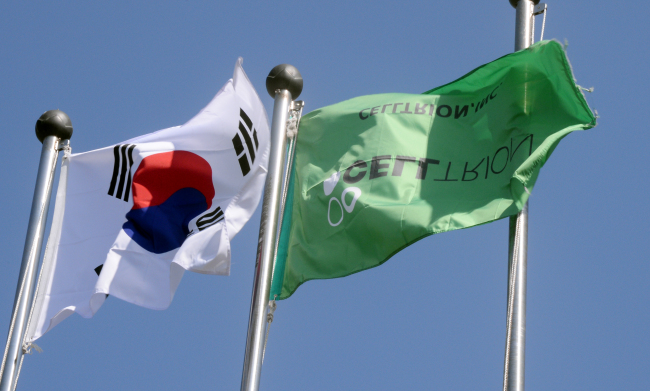 The Celltrion headquarters in Songdo, Incheon (Park Hyun-koo/The Korea Herald)
Celltrion said the Seoul Central District Court has ruled in its favor for both cases, effectively removing legal hurdles to the commercialization of its Herzuma in Korea.

The biosimilar drug was approved by Korea’s Ministry of Food and Drug Safety in January 2014, yet could not be launched in the market due to the ongoing patent suits.

To ensure that Herzuma can be launched in Korea as planned, Celltrion said it is preparing additional legal actions against Roche in case it appeals the rulings.

The biosimilar maker is currently awaiting the European Medicines Agency’s approval of Herzuma, with expectations that the agency will issue the approval by the end of this year.

Based in Songdo, Incheon, Celltrion currently sells Remsima, a biosimilar referencing Remicade in the US and Europe. Its Rituxan-referencing biosimilar, Truxima, also recently hit Europe after scoring the EMA’s approval earlier this year.