South Korea's finance minister held a meeting with the president of the World Bank Group to discuss ways to expand the country's participation in the organization, the ministry here said Friday. 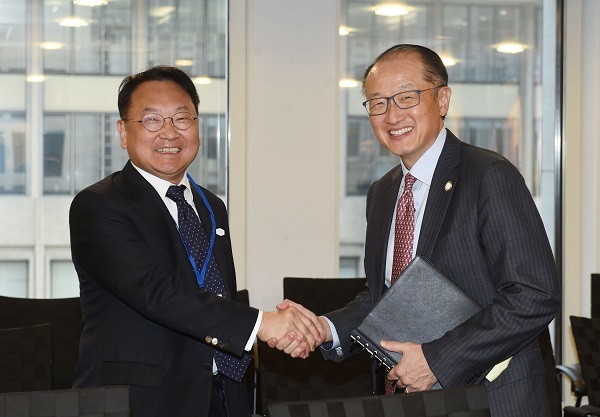 They agreed that the organization's Seoul office will play a leading role in carrying out development projects for the Asia and Pacific region.

Opened in 2014, the World Bank office, headquartered in Songdo, west of Seoul, has participated in some infrastructure projects in developing countries including Pakistan and China.