[ The Korea Herald – Send E-mail ]
Korea, US complete land provision process for THAAD deployment
By KH디지털2
Published : Apr 20, 2017 - 17:11
Updated : Apr 21, 2017 - 10:07
South Korea and the United States completed the regulatory process needed for Seoul’s provision of a base site for a US missile defense battery, the Foreign Ministry said Thursday.

A bilateral committee on the status of US Forces Korea approved the plan for land transfer, allowing the US military to begin work for the deployment of a Terminal High Altitude Area Defense system in the some 300,000-square-meter land in the southeastern county of Seongju.

The land was formerly owned by a Lotte Group affiliate and used as a golf course.

“After the process on the land provision for THAAD began March 2 under the Status of Forces Agreement, the South Korean Ministry of National Defense and the USFK filed for permission from the joint SOFA committee for the land transfer,” the ministry said in a brief press release. 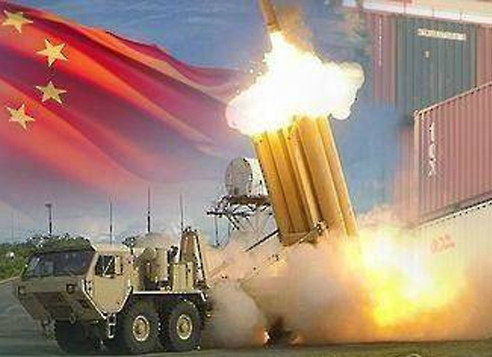 (Yonhap)
The SOFA is part of the South Korea-US defense treaty, which governs the status of US forces stationed here.

“The chief of the joint committee approved it on Thursday, wrapping up the SOFA process,” it said.

The approval will allow the USFK to expedite the deployment of the advanced missile shield system, whose “first elements” including two missile launchers arrived in South Korea in March.

Acting President Hwang Kyo-ahn and US Vice President Mike Pence reaffirmed in Seoul on Monday the allies will complete the deployment within this year despite China’s relentless objections and retaliatory measures and the upcoming presidential election in South Korea.

China claimed that the THAAD installation’s X-band radar could spy on its military facilitates.

Presidential front-runner Moon Jae-in has called for a review of the deployment plan by the next administration, as the issue has emerged a key campaign theme for the May 9 election.