The number of emergency patients on commercial flights for one Korean airline rose 10-fold from 2009 to 2013, a report showed Wednesday.

A total of 2,818 emergency patients were reported by the domestic airline during the period, the report written by the College of Nursing at Seoul National University said without identifying the name of the airline. 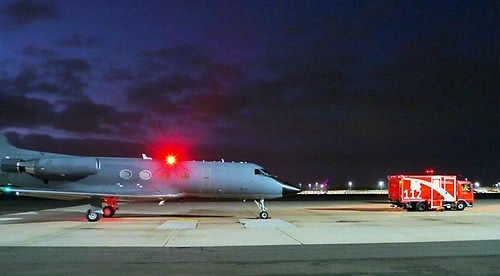 (Yonhap)
During the period, 15 passengers died in-flight while 15 planes returned to the departure airport due to in-flight emergencies. Out of the total emergency patients, 52 percent, or 1,471 patients, were given first aid treatment by cabin crews while 47.8 percent, or 1,347 patients, received care from doctors or nurses on board the flight.

The report advised passengers to stretch and walk while flying and let the cabin crew check their health condition if they have any cardiovascular problems. (Yonhap)